When Ron McLarty ’69 wrote manuscripts for each of his four novels, his editing process was intense, according to his wife Kate Skinner McLarty.

“He wrote by longhand and for every 12 pages he would cross out large amounts of copy with a pen and perhaps use only two pages,” she said. “Because people use computers today, they simply delete copy and don’t know about that type of process anymore.”

McLarty’s prodigious workmanship is now on display through a new online collection​​ that contains several of McLarty’s original manuscripts, plays and poems, audiobook narrations, acting clips, photos and reviews. In 2017 McLarty donated much of his work, which is now kept in Adams Library.

“I’m really hoping through this online collection people will be fascinated, especially writers, to see Ron’s manuscripts,” Skinner McLarty said. “Ron became an actor to make a living, but writing was his first love. He deserves to have many people look at his work and to find some type of inspiration from it. I think people will have a deeper appreciation for the depth of his writings, which I believe will stand the test of time.”

McLarty’s most acclaimed books include the bestseller “The Memory of Running” and “Traveler”. His voice is among the most popular on the audiobook scene, providing the narrative for celebrated authors such as Stephen King, Danielle Steel and David Balducci. McLarty’s screen appearances include the television shows “Spenser: For Hire,” “Law & Order,” “Sex and the City” as well as feature films “The Sentinel,” “The Postman” and “Tiger Town,” for which he received a 1984 ACE Award nomination for Best Actor in a Dramatic or Theatrical Program.

“If you’re a student, faculty member or someone conducting research around McLarty’s work, Rhode Island College is the first and only stop,” said Rhode Island College Foundation Executive Director Ed Pacheco, who helped bring the McLarty collection to fruition. “This online project maximizes the opportunity to access the work of an individual whom we’re proud to call a RIC graduate. He’s a once-in-a-generation talent.”

Rhode Island College Professor of English Emeritus Paul Anghinetti said he took notice of McLarty’s talent when they were classmates in an English course at RIC.

“When Ron left the college, I happily followed his eventual success as an actor and novelist,” said Anghinetti, who went on to forge a lifelong friendship with McLarty and was a driving force behind efforts to create an archive and online collection of McLarty’s work at RIC. “Ron’s presence in my class revealed a magical personality that transformed each day with his unbounded enthusiasm for literature, uncanny and spontaneous commentary, abundant and playful humor and a charm that everyone relished.”

In 2007 McLarty received an Honorary Doctorate of Humanities from RIC after presiding as commencement speaker for the college’s commencement ceremonies. He also was honored with the Charles B. Williard Achievement Award from the RIC Alumni Association in 2005.

A YEAR SINCE HE LEFT US 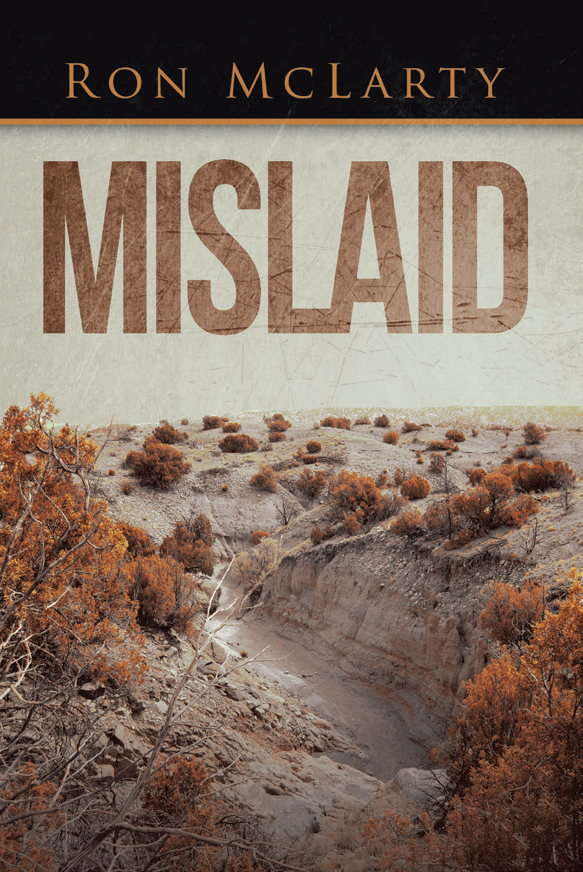